Q. What happens when you move a 12-year-old from Basingstoke to Zambia? 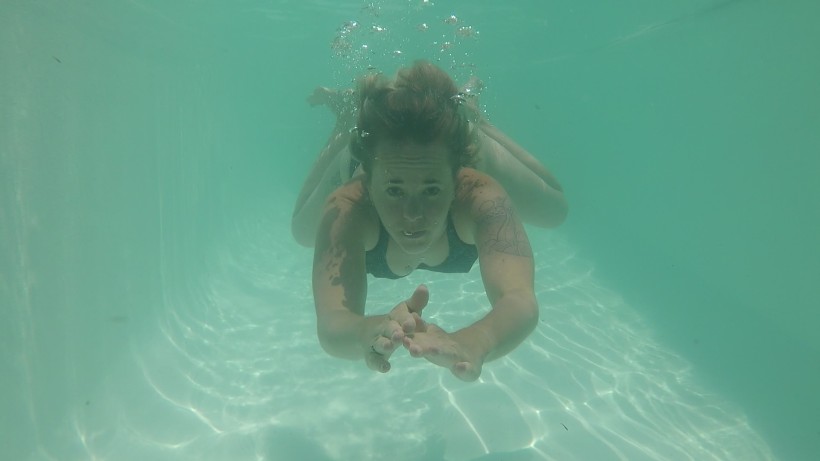 Listen to Katrina talk about Individual Medley on the Standard Issue Podcast and the Cheaper Than Therapy Podcast, following her first Edinburgh run. Read about creating the show on the Camden People’s Theatre blog.

“The performance is full of movement and rhythms, in terms of physical action as well as the sinuous language. Quinn is such an engaging and charismatic performer she carries you with her every step of the way, with a tale that is touching and comic in turns”
~ The Swindon Advertiser

“Lovely story, great balance of poetry and telling, but most of all her physical choreography is stunning. The whole piece is half dance, half body-as-cursive-script”
~ Kirsten, Apples & Snakes

“Teenage life is a turbulent time for most of us, and Katrina discusses this in perfect poetic style… The rhythm of her words matches that of the swimming strokes she describes, with rhymes as effortlessly graceful as a swan.”
~ The F-Word

“Interspersing arrestingly captured memoir with instructional tips and techniques on how to execute each stroke in the Individual Medley Swimming event, her performance was thoroughly absorbing from the first mimed, goggle-wearing plunge into the water to the final brave strip-down to her swimming cossie on stage. The IM requires prowess in all four strokes, stamina and speed; Katrina’s poet prowess is truly gold-medal material”
~  The Cornishman Newspaper

Individual Medley debuted at Brighton Fringe in May 2017 with a sold-out run at award-winning venue, Junkyard Dogs. It received the Irene Mensah Bursary and was nominated for the Pebble Trust International Touring Award.

With special thanks to Lauren Gauge for directing input and Jesse Payne for tech. 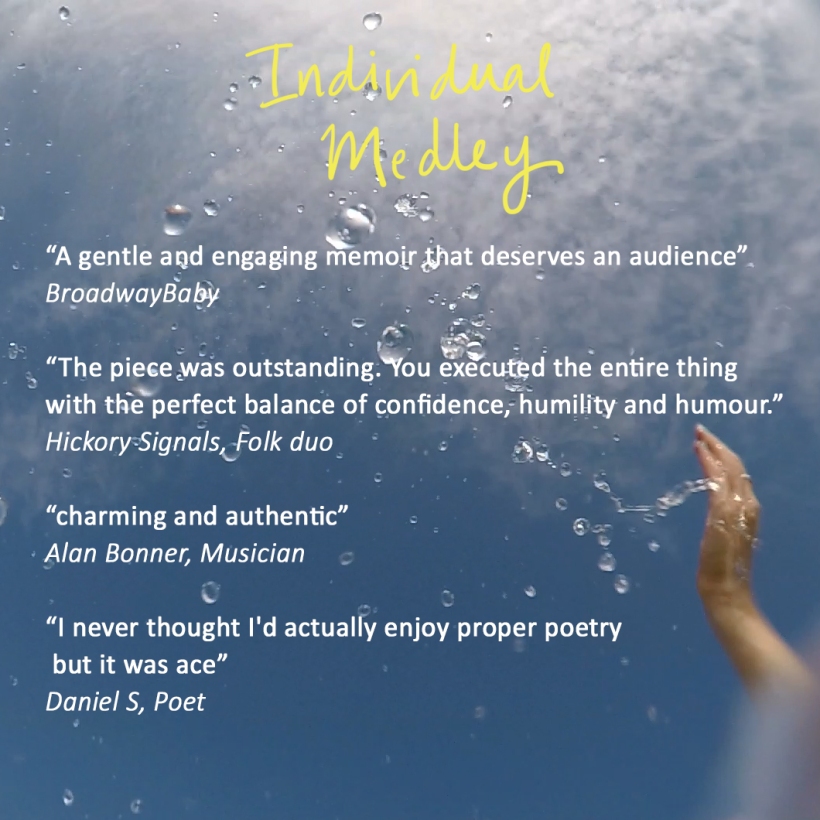 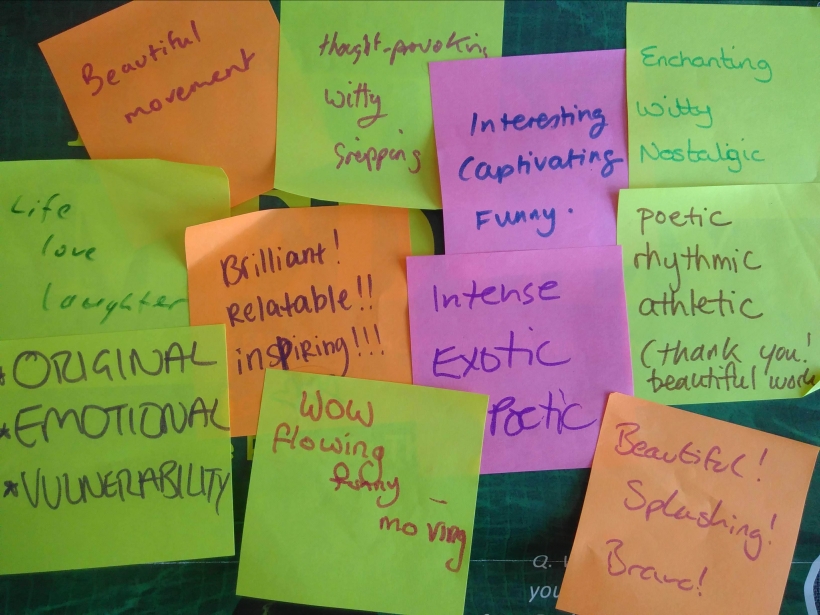 “It’s rare that my attention stays on point for 10 minutes let alone an hour, but I was captivated for the duration”
~ audience member 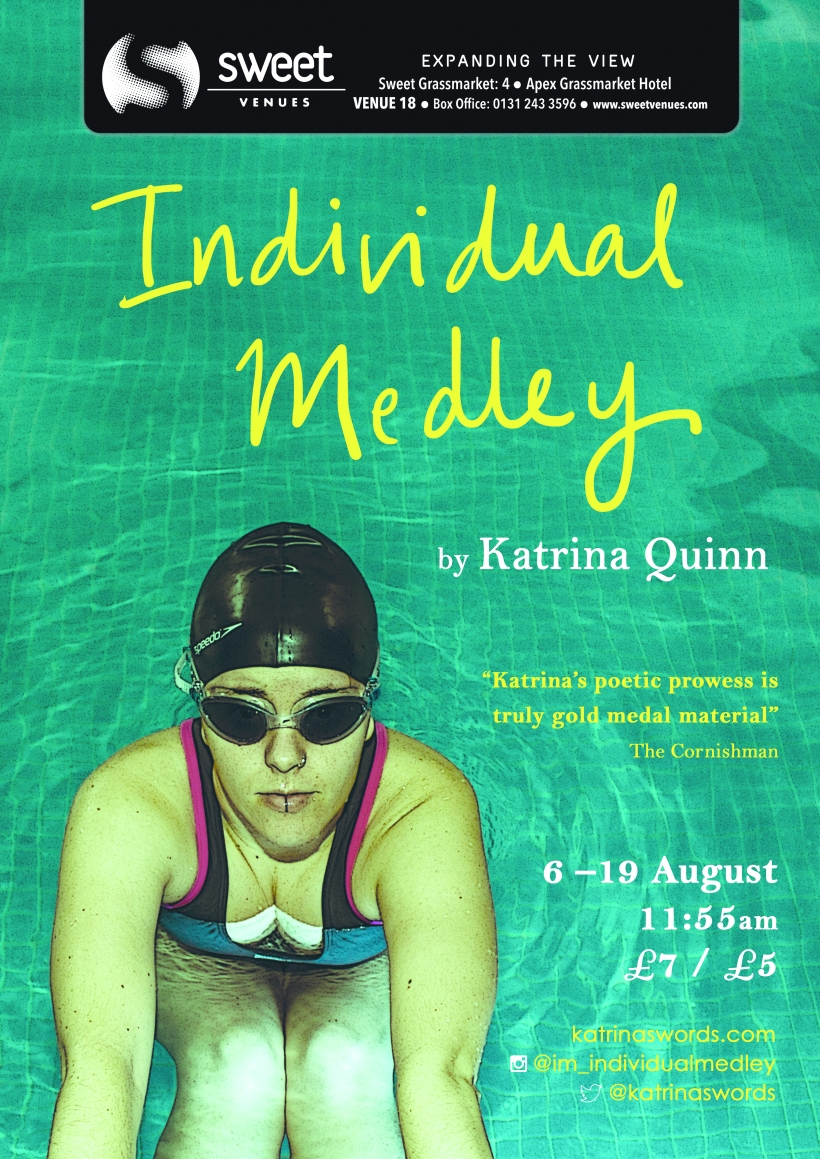 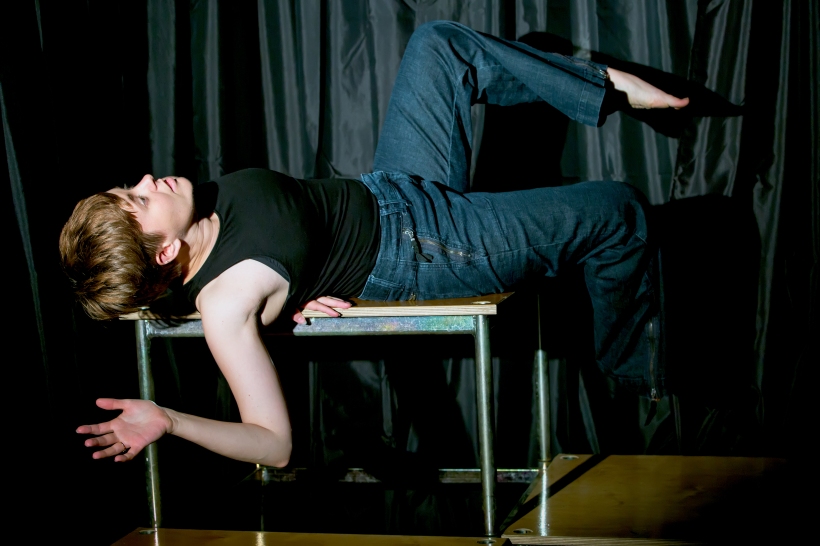 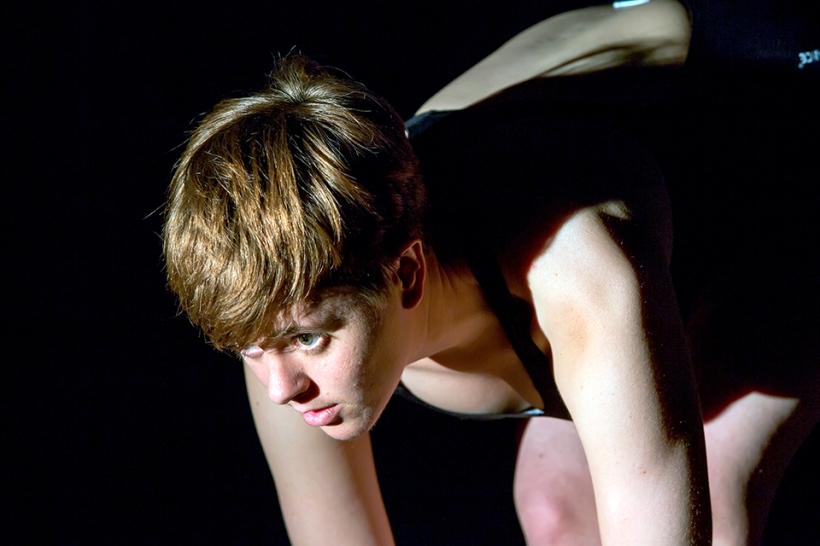 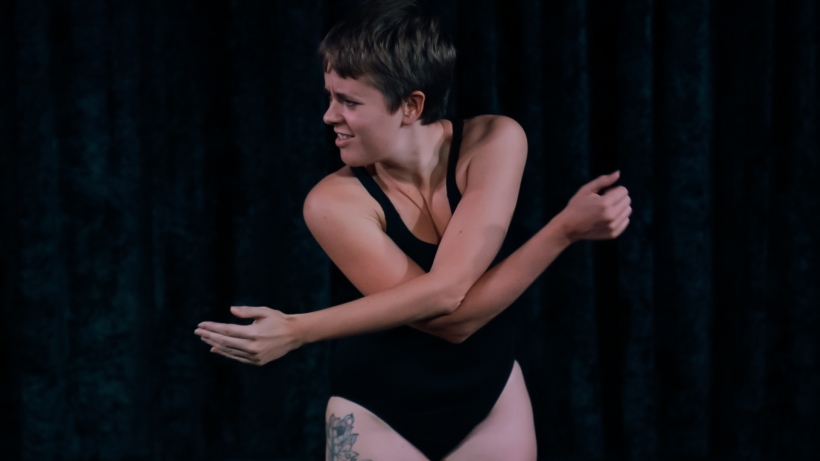 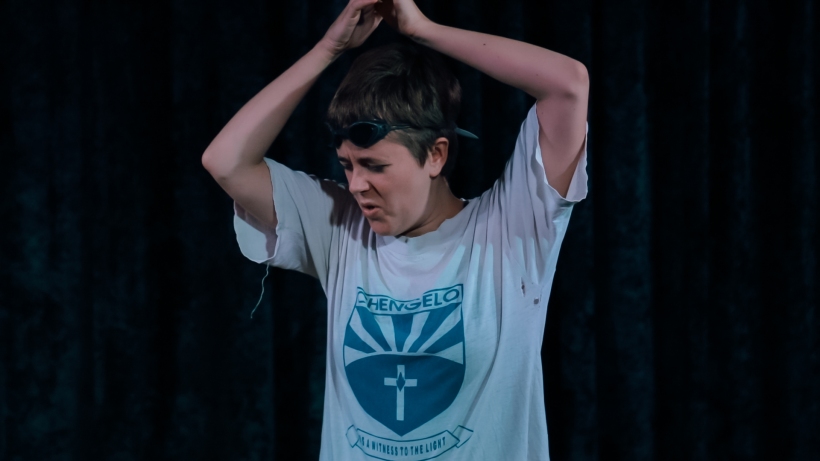 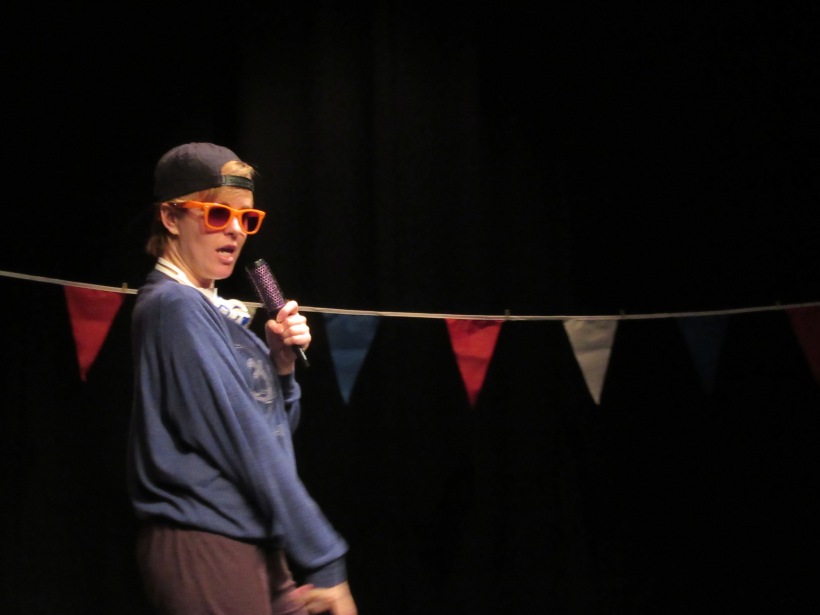 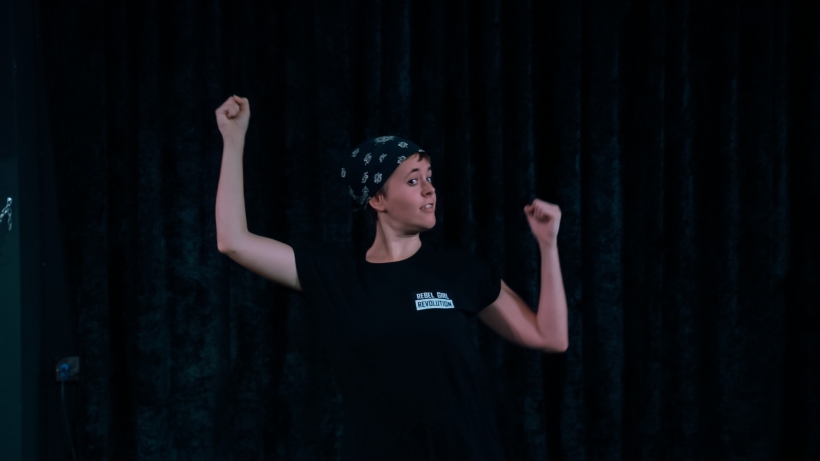 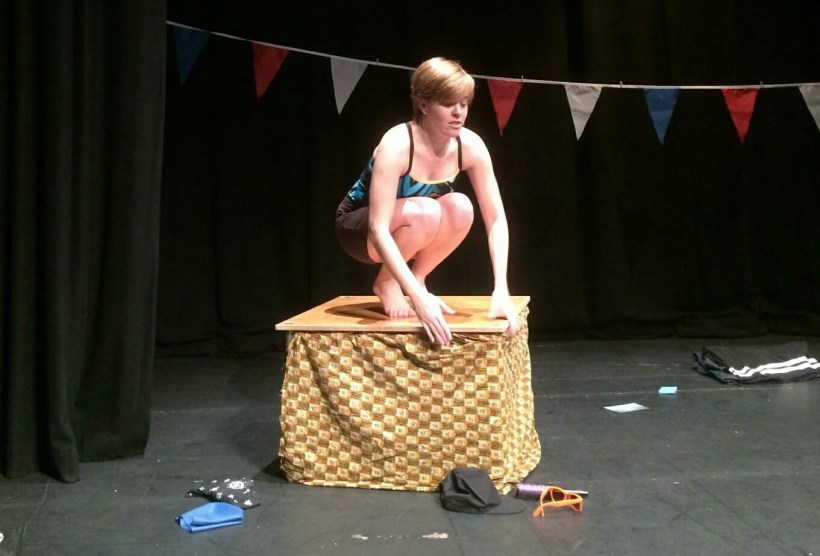 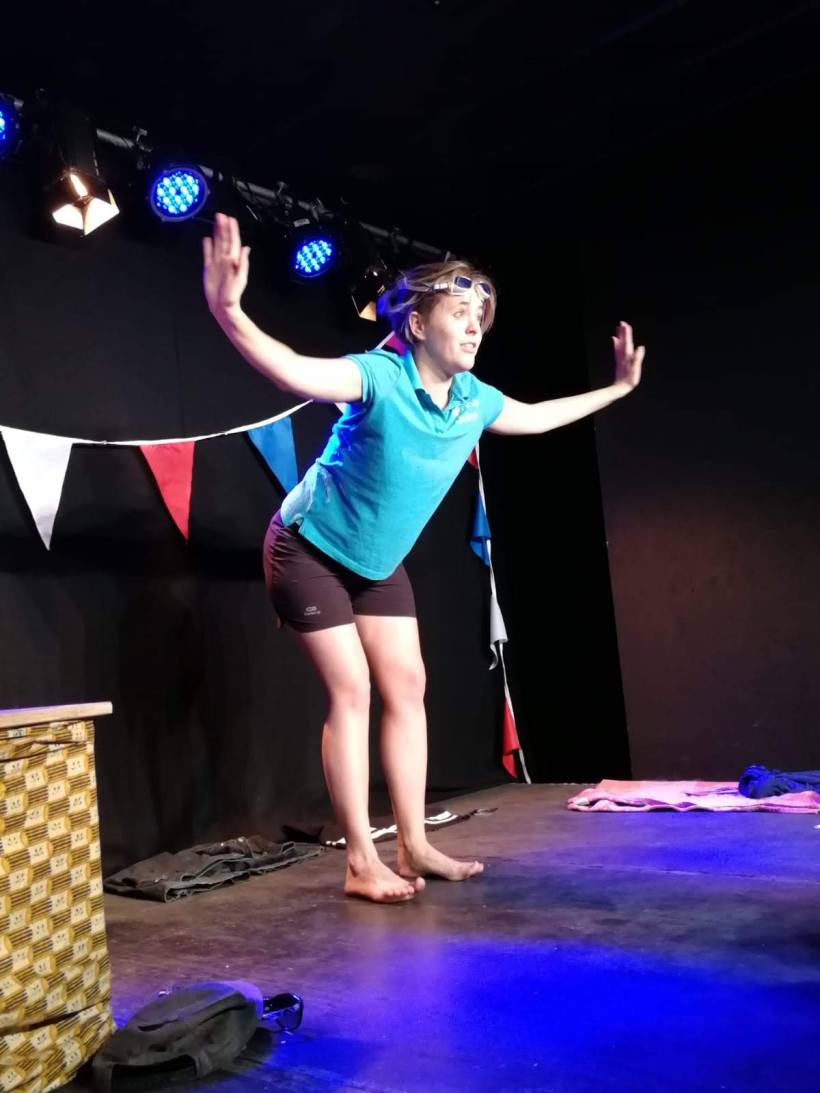